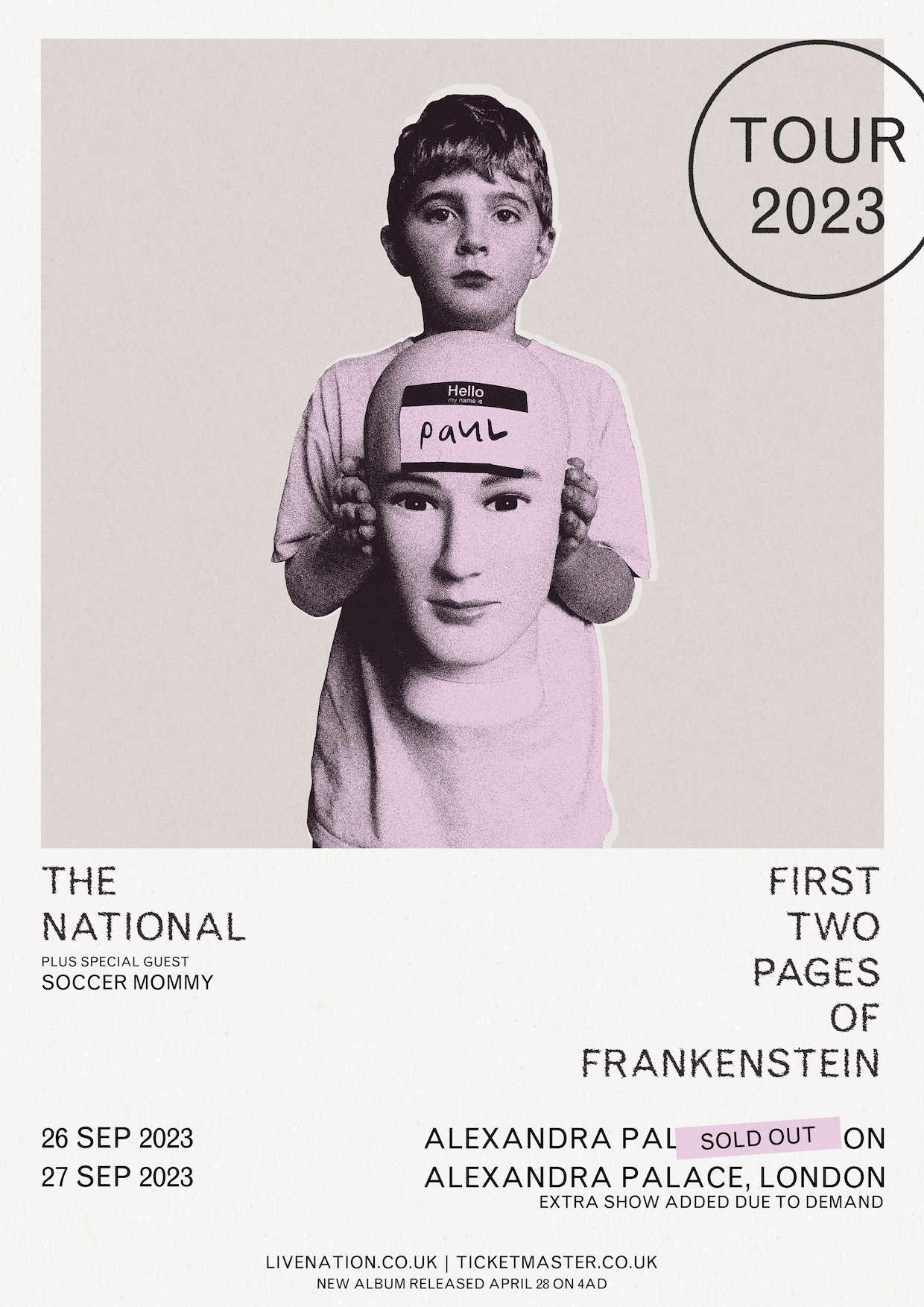 The National
Alexandra Palace
Sold out

The National have announced the release of their ninth studio album, First Two Pages of Frankenstein, due April 28, 2023.

Anchored by evocative melodies and an enthralling lyrical narrative, First Two Pages of Frankenstein signals a new chapter in the band’s beloved discography. The 11-song album was produced by The National at Long Pond Studios in upstate New York and features guest appearances by Taylor Swift, Phoebe Bridgers and Sufjan Stevens.

A London show at Alexandra Palace on September 26 will celebrate the new album. Support from Soccer Mommy.

Due to demand a second show has been added on September 27.