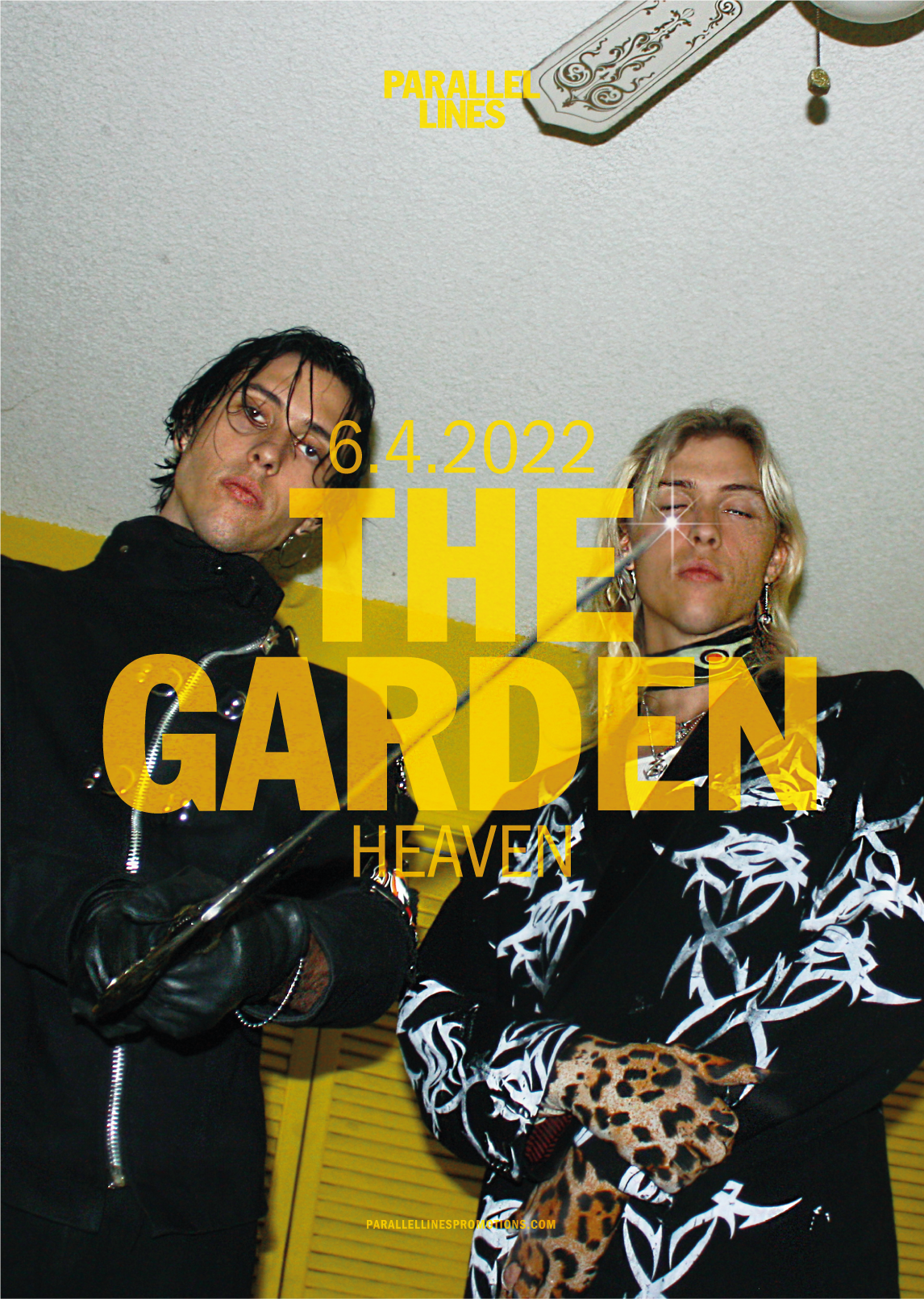 The Garden
Heaven
Sold out

The Garden is a constantly evolving band based in Orange County, California. Established in 2011 by twin brothers Wyatt and Fletcher Shears.

They created the term, "Vada Vada" in 2011 to represent their music and other creations. Vada Vada is a term that represents total freedom of expression without boundaries or guidelines of any sort.

They have become known for their energetic and off the wall performances around the world, and are prolifically touring, releasing music and other content.