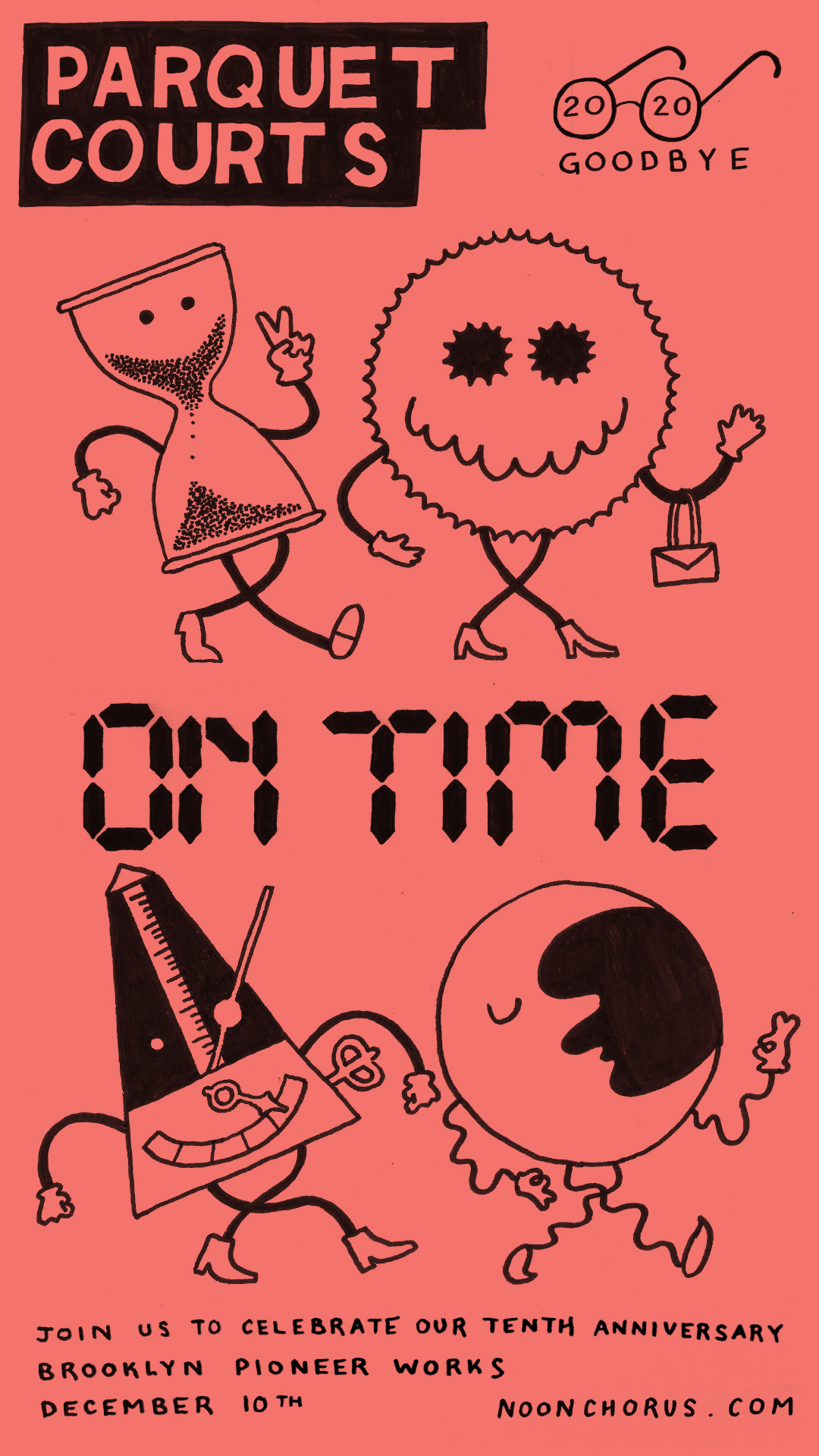 Parquet Courts have announced “On Time,”... a concert livestream and retrospective in celebration of the 10th anniversary of their first show.

The show, filmed live at Brooklyn’s Pioneer Works, will air on December 10th.

It will feature rare archival footage, new interviews, exclusive merch available only to ticket buyers, and much more.

The band adds: “Ten years ago our adventure began by playing our first show to virtually no one, and to celebrate we’ve decided to play a show to everyone, virtually."