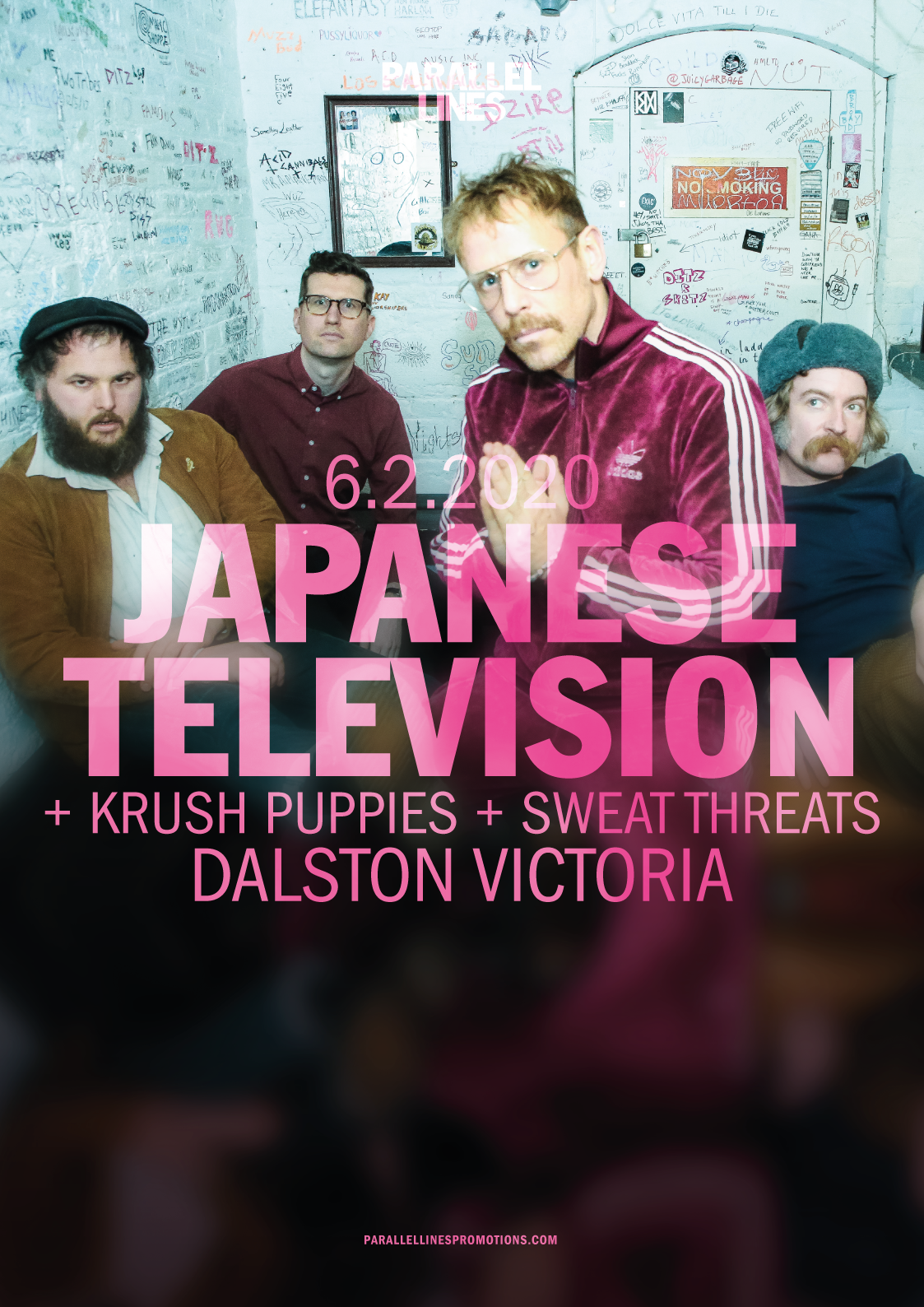 From the ashes of three psychedelic rock bands, rose Japanese Television - who formed with a shared vision of creating a modern psychedelic space-surf-rock. The band went into the studio with Kristian Bell of The Wytches who captured the raw spirit of their live performance, recording to 8-track tape. The tracks make up their debut self-titled 2018 EP, which was named as an EP of the year by both Gideon Coe and Amy Lame at BBC 6 Music, and 2019 EP II.